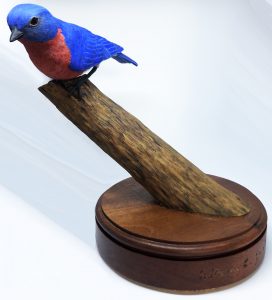 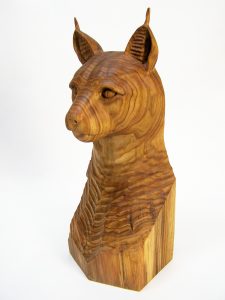 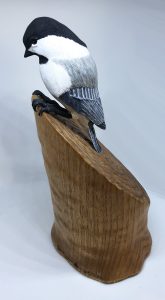 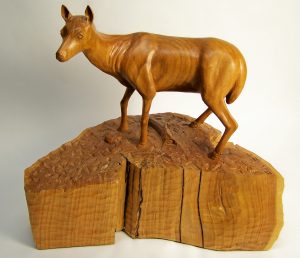 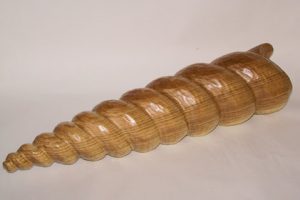 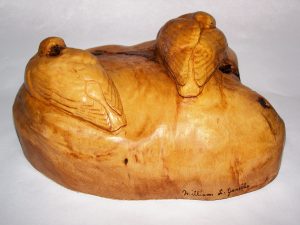 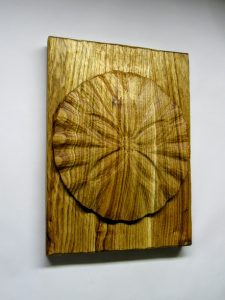 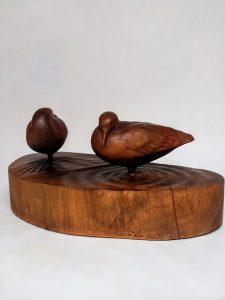 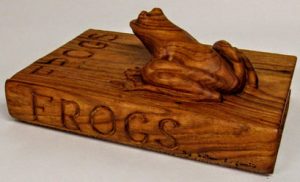 William is a self-taught sculptor who works primarily in wood.  He has been carving for over thirty years. Bill is a subtractive sculptor, he takes away from a single block with hand tools, often leaving tool marks behind as a sort of fingerprint.  His preference of woods are apple, cherry, butternut and walnut.  These are hardwoods with very distinctive grains and colors.  Bill also works in marble, soapstone and alabaster.

“My style is a fusion of realism and neo-classicalism.  This enables the viewer to recognize the subject matter and at the same time allows me the freedom of self-expression. The goal of each piece is to show motion in the subject matter. Whether it be a puffin standing on a rock, with its head turned ninety degrees, inquisitively looking at something that just startled it or a falcon, half second from flight.  The sculpture’s emotion allows the viewer to recognize a bit of humanity in the subject portrayed.”

William Janelle has won more than a hundred ribbons, Best of Show awards, prize money and has been featured on TV – “Doug Rafferty’s ‘Doug’s Discoveries’ “, as well as newspaper features and Lake Living Magazine.  Bill lives in the lake region of western Maine with his wife, Loraine and their dog, Lucy.