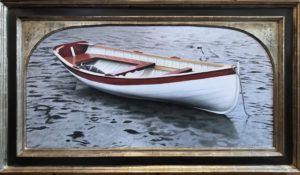 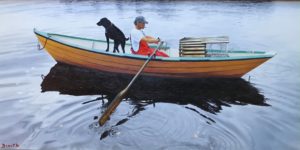 “Hair of the Dog” 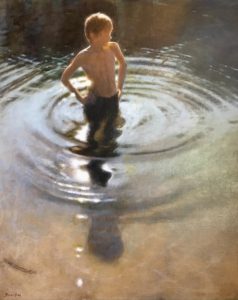 “A Ripple and a Glint” 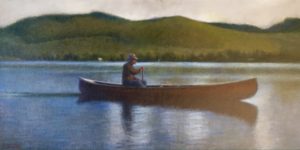 “If I Could Dream” 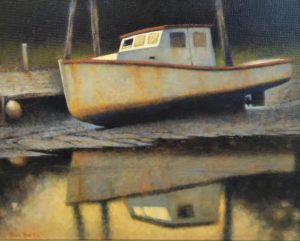 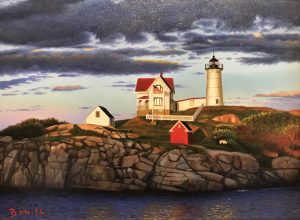 Todd Bonita in His Own Words:

“I fell in love with the ocean as a whipper-snapper, growing up around the salty air of the small New England harbor town of Winthrop, Massachusetts.  After graduating from the Art Institute of Boston, I continued post baccalaureate study of classical painting and drawing at the Pennsylvania Academy of Fine Arts in Philadelphia.  A twelve year career as an illustrator that included a creatively-exploitative period working as a muralist, sculptor and designer followed until I focused full time on fine art oil painting in 2006.  I currently maintain a small studio space at The Button Factory artist studios in Portsmouth, New Hampshire.  I love painting coastal New England imagery outdoors in plein air equally as much as crafting more involved compositions in my studio.  Above all, I love the process and simple joy of being with my tools and painting.  You can find my paintings in one of ten art galleries that represent my work around New England, Florida and the UK.  I have had the good fortune to have exhibited in four museums and currently have art on loan to the U.S. State department as part of their “Art in the Embassy” program where my painting titled, “Maine Pride” hangs in the U.S. Embassy in Kuwait.  In 2014, I opened a small, seasonal art gallery in Perkins cove, in the heart of the Ogunquit Art colony on Maine’s Southern coast.  Also in 2014 and with the collaborative effort of a small group of inspired painters and art teachers, a grassroots effort to revitalize the spirit of the Ogunquit Art Colony prompted the re-emergence of the summertime art school, where I became a co-founding member of the Ogunquit Summer School of Art, teaching Plein air and studio classes and destination art workshops.”  Todd Bonita 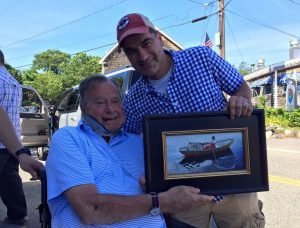