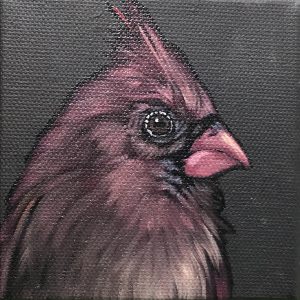 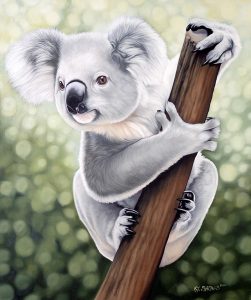 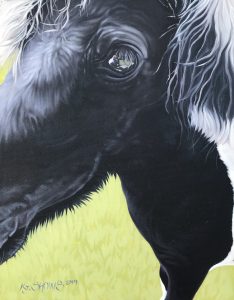 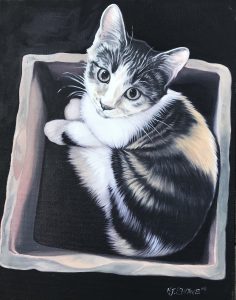 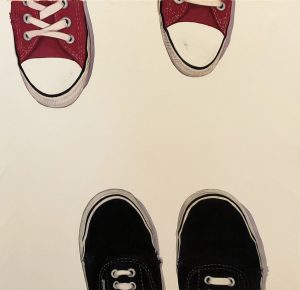 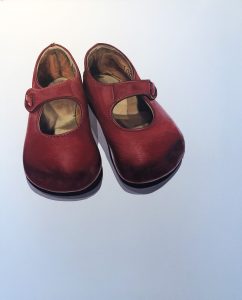 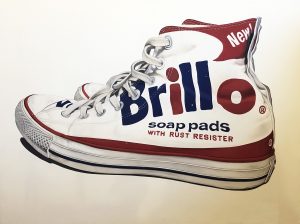 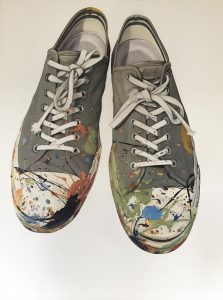 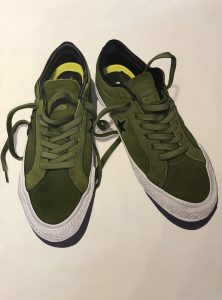 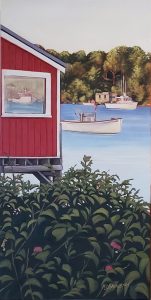 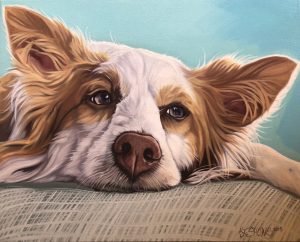 Born in Seabrook, Texas, in 1965, KJ Shows attended the Art Institute of Houston for Visual Communications. After living in San Francisco for a number of years and traveling for work, Shows moved in 2001 to Kennebunk, Maine, to devote more time to painting.  Shows has participated in numerous solo and group exhibitions throughout the country.

Art has the power to start conversations and form connections.  In 2008 I began work on a series of oil paintings that has done just that and it has profoundly impacted my life both personally and professionally.

The series began unexpectedly when I decided to paint an old pair of my PF Flyers that were lying on my studio floor.  I wore them nearly every day and their worn soles and weathered edges told a story of my life. I became intrigued with the concept of capturing the story and character of other artist who’s work I love.

I see these paintings as unconventional and non judgmental portraits.

Shoes speak volumes about who we are.  After time they develop character all their own.

The series is about paying homage to a variety of contemporary artist worldwide and being able to connect with them personally.  Creating art is my greatest purpose, yet it can become isolating.  This series gives me the opportunity to connect with other artists all over the world.  To date I have painted over 156 shoe portraits of both world renowned and obscure artists, including: Jamie Wyeth, John Baldessari, Ed Ruscha, Jenny Holzer and Annie Sprinkle…….and the list keeps growing.

I personally contacted artists and asked them to send their pair of shoes that best represents them.  The number of positive responses that I’ve received so far pleasantly surprises me.  Most of the artist have allowed me to keep their shoes.  I now have a wire in my studio with over 50 pairs of shoes strung above my easel.  The growing number of correspondence, ephemera and photos that I’ve collected has become an additional point of interest.  Every day I look forward to going to the mailbox to see who has responded.   I plan on developing this series the rest of my life.