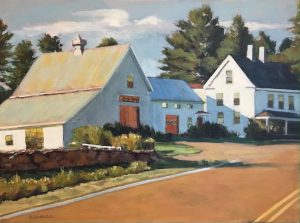 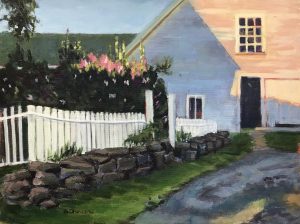 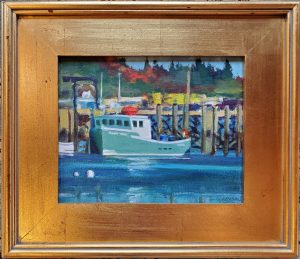 From over 800 entries, Paul Bonneau was selected to participate in the “National Open Juried Exhibition:  America, Now”, at the Providence Art Club.  He has received three North Shore Artists Association Awards (Cape Ann), most recently received awards for Excellence in Impressionist Landscape and a first place in Impressionism/Landscape from the American Art Awards.

Paul was awarded a teaching residency, on the Isle of Shoals, (NH) and into a number of invitational shows.  Among these are the New Bedford Art Museum, the Danforth Art Museum, The Brick Store Museum, the Maine College of Art, The Children’s Museum, the Rotenberg Gallery’s “Selected Boston Artists” show, the Ogunquit Art Association, and is included in the permanent collection of the Maine Turnpike Authority.

Paul has juried into many Plein Air competitions and will participate in his eighth Cape Elizabeth Land Trust auction.  Additionally, he is a member of the American Impressionist Society.

Paul is represented by The Wright Gallery, in Cape Porpoise, and by Casco Bay Artisans, in Portland.

“Searching for the truth of a subject and seeing it in relationship to its surroundings is at the heart of my creative approach.  My goal- create a sense of place and “own’ that memory for myself and for the viewer.”

Bonneau paints landscapes and constructed environments, including houses, harbors, and highways. These subjects allow him to incorporate history and man-made structures in a natural context without having to include actual people. Working plein air and in the studio from sketches and photographs, his paintings have the appearance of being quickly painted. This is due in part to his working method.

Bonneau starts with a canvas toned in yellow ochre onto which he applies a thin underpainting in cadmium red, in order to establish the values and large shapes. This process also gives his finished paintings a warm glow. The colors with which he describes a scene are not necessarily those seen. Instead of relying only on local color, Bonneau attempts “to heighten the experience of the viewer.” His goal is “to capitalize on the joy experienced even in a seemingly ordinary object or scene.”

It is Bonneau’s penchant for compelling color and light relationships which draws him to paint architecture. The simple and concrete shapes of houses and barns are often defined through strong contrasts of light and shadow, which seems to justify the artist’s intensification of color.