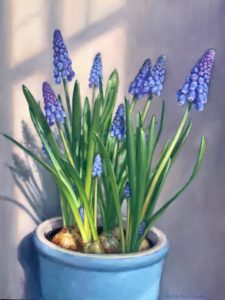 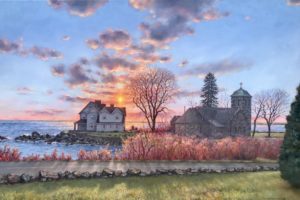 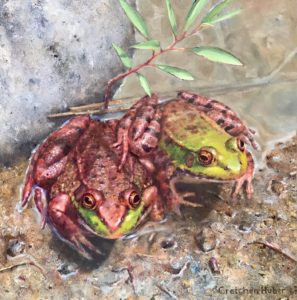 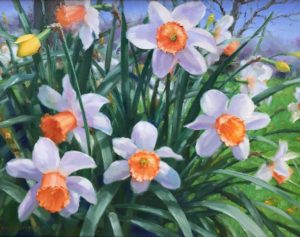 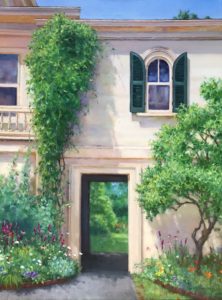 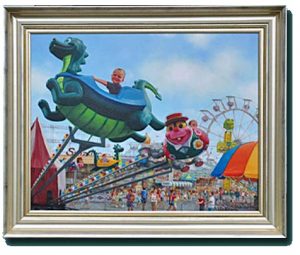 Artist Gretchen Huber Warren has been exhibiting her artwork for over two decades. Her paintings in oil on canvas show the results of an illustrator’s ability to tell a story and an artist’s eye for beauty.

Upon graduating from college, she initially pursued an illustration career, creating book covers and free-lance illustrations for Reader’s Digest and several other companies. After being approached by galleries asking to show her work, Gretchen decided to focus on fine art painting in the oil medium. Since 1986 Gretchen has sold over 750 works to collectors and corporations worldwide. In addition to gallery exhibitions, she is currently licensing her images to several companies for various products.

Gretchen’s painting style has several distinguishing features. Vibrant colors, brilliant light effects, clarity of line and form give her paintings a certain presence and immediacy which capture the viewer’s attention. Her favorite challenge is to capture the image and feeling of a scene whether it is a bucket of flowers or an old gas station. All of her works suggest a sense of well being, characterized by her familiarity with and fondness for her subjects.

In the past 20 years, Gretchen has participated in over 40 national and regional juried shows and has won 25 competitive awards.

Gretchen’s licensed images are published by over 15 companies, spanning 4 continents.